2018 for R&B has been quite the rollercoaster; Some artists stepped up their game, some created nonsense, while others decided to make a comeback. Major highlights would include Beyoncé and Jay-Z teaming up as The Carters to officially release a joint album. Their single “Apeshit” wasted no time taking over.

Also, beloved Teyana Taylor finally released her highly-anticipated album “K.T.S.E.” and gave the people the tour that they wanted. Well, she kind of had to throw fellow singer Jeremih under the bus. But still, a great tour is a great tour! Who says R&B can’t have beef?

Leading ladies Mariah Carey, Tamia, and Toni Braxton all laid their hands on the table, showing that they can still compete after decades in music. Following not too far behind, legends Keith Sweat and Case reappeared with new albums.

In addition to the aforementioned releases, something amazing happened. This young girl from the UK named Ella Mai dropped a single that trumped (no pun intended) every singer out. “Boo’d Up” was the official anthem for 2018 while “Trip” became the gift that kept on giving. Her self-titled album cemented Ella Mai as the breakout star of music in 2018.

Meanwhile, Jacquees decided to name himself the “King of R&B”; at least for his generation. While his single “B.E.D.” became very popular and he was able to ride the wave of Ella Mai’s “Trip” with his own version, his album did not receive the royal treatment. 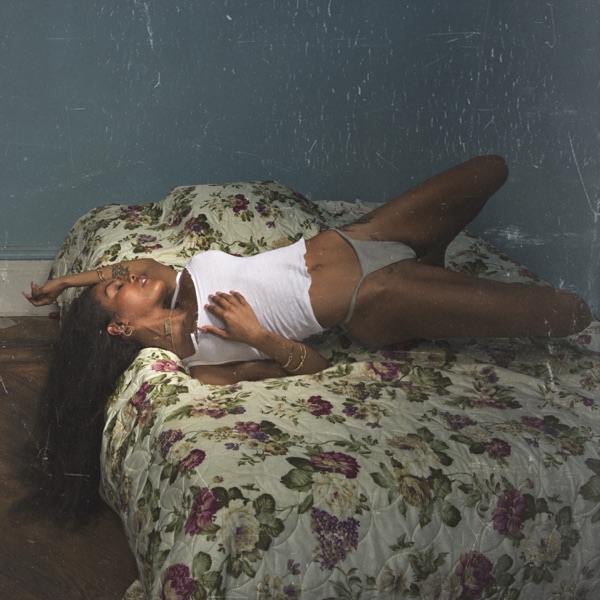 Recorded at Kanye West’s ranch in Wyoming, “K.T.S.E.” debuted at #2 on Billboard’s “Top R&B Albums” chart and reached #10 on the “US Top R&B/Hip-Hop Albums” chart after its June release. An eight-track collection, the boasts “Gonna Love Me” and “Issues/Hold On” as singles. Although this project didn’t have a mainstream smash, it was a full body of work. 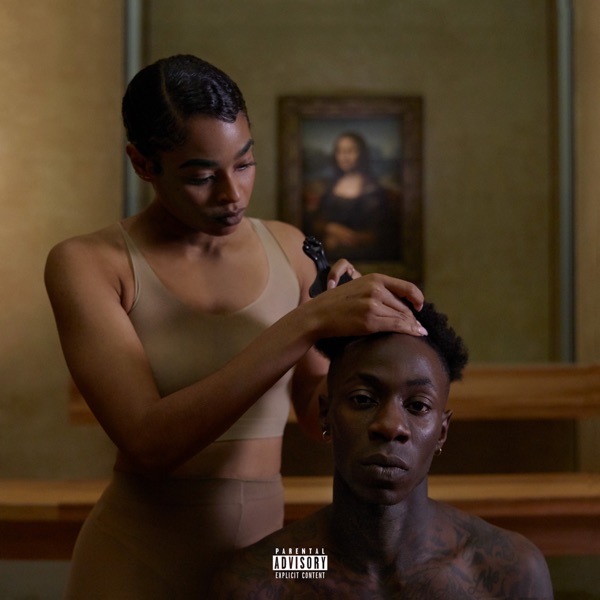 The first official album from The Carters, “Everything Is Loves” sold over 2 million albums worldwide. Recorded in Paris, Lond, and Los Angeles, the album holds “Apeshit” and “Friends” as singles. It hit #1 on Billboards “US Top R&B/Hip-Hop Albums” chart, #2 on the “US Billboard 200” chart, and received a nomination for the 2019 Grammy Awards for the “Urban Contemporary Album” category. 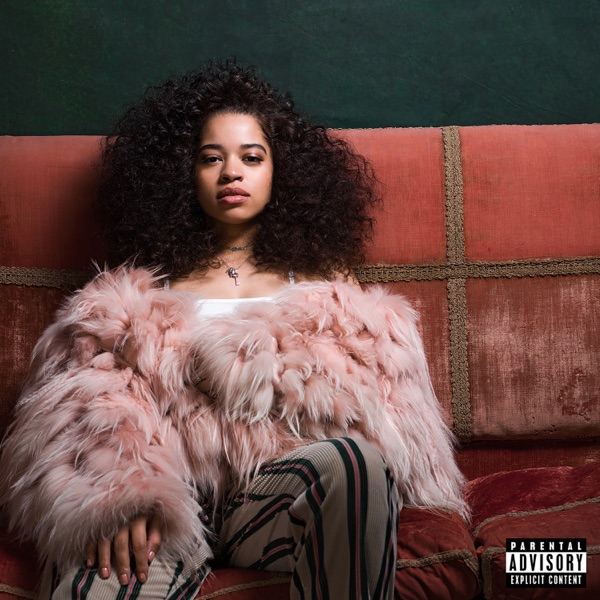 Elle Mai was the breakout R&B star of 2018. A London native, she was able to takeover radiowaves with her single “Boo’d Up,” which became wildly popular; and then followed up with “Trip.” Her self-titled album, executive produced by DJ Mustard, hit #5 on the “US Billboard 200” chart and #4 on the “US Top R&B/Hip-Hop Albums” chart. 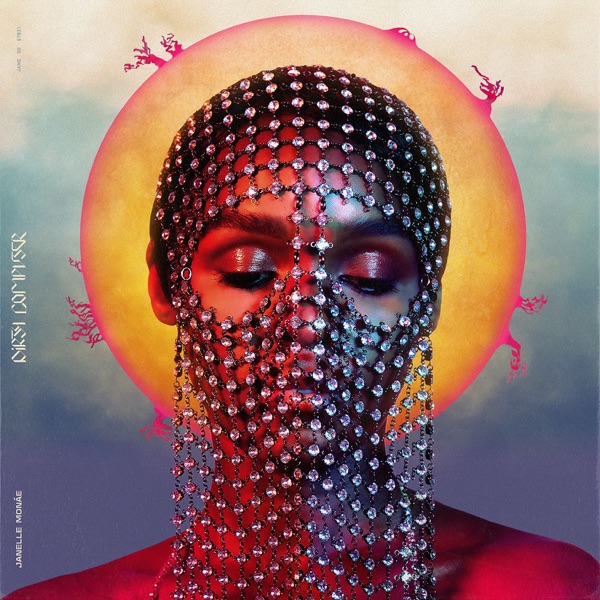 As Janelle Monae’s fourth studio album, “Dirty Computer” debuted at #6 on the “US Billboard 200” chart. With a nomination for “Album of the Year” towards the 2019 61st Grammy Awards, the album has received an abundance of applause. Out of 14 tracks, songs “Make Me Feel,”
“Django Jane,” “Pynk,” and “I Like That” were the leading singles. 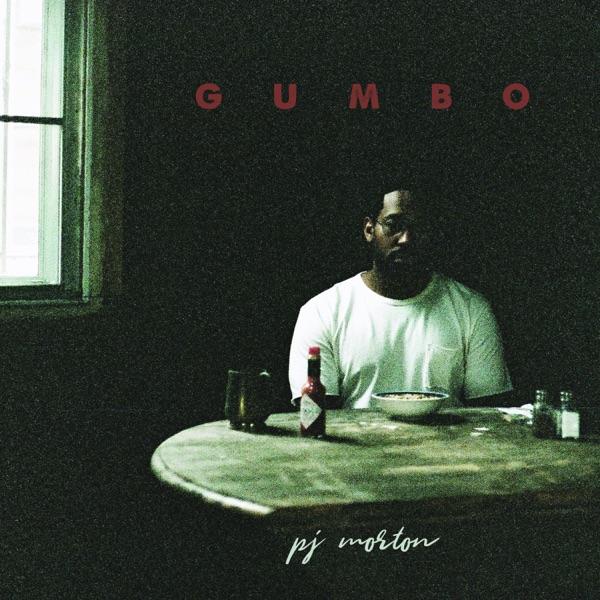 Released in April of 2017, “Gumbo” lives in limbo between success and failure. It received a nod from this year’s 60th Grammy Awards with a nomination for “Best R&B Album.” However, the album’s sales were low, it never hit the Billboard charts, and it never got any radio play. Regardless, “Gumbo” did receive very positive reviews from critics. 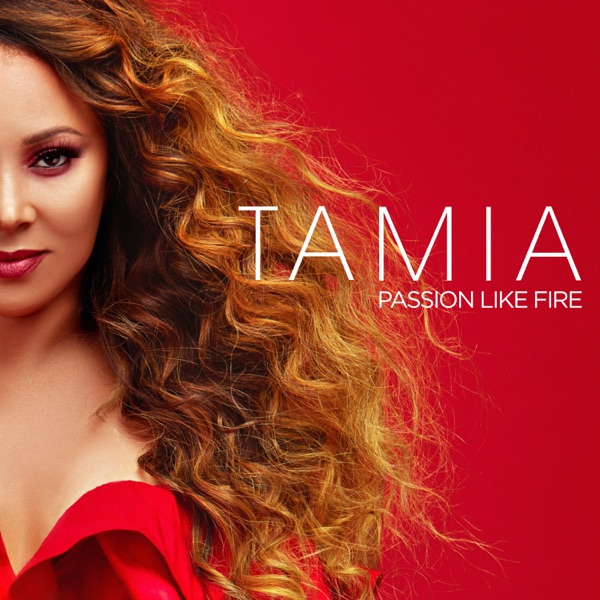 The seventh studio album from veteran R&B singer Tamia, “Passion Like Fire” gave singles “Leave It Smokin'” and “Today I Do.” Though it debuted at number 17 on Billboards “Top R&B Albums,” the album failed to receive the similar success as her past albums. Regardless, its release marked 20 years since the release of Tamia’s first album “Love Life.” 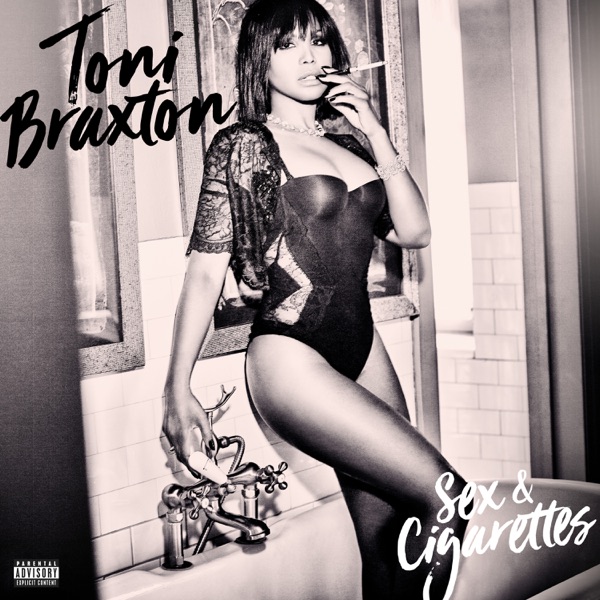 Now known as a living legend, Toni Braxton released her eighth studio album, “Sex & Cigarettes,” back in March. Singles “Deadwood,” “Long as I Live,” and “FOH” helped to propel the popularity of the album throughout the year. The album charted all over the place in several markets, and it was able to secure a nomination for the 2019 61st Annual Grammy Awards in the “Best R&B Albums” category. 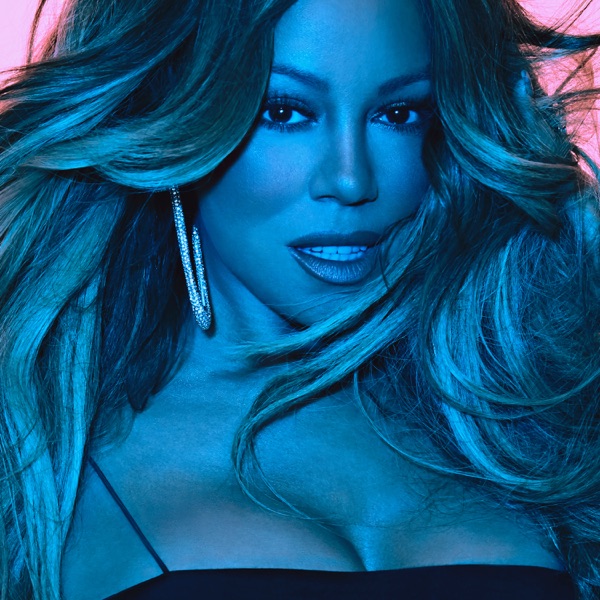 When Mariah Carey decides to drop an album, the world really responds. Released towards the end of the year in November, “Caution” received amazing reviews, holds positions on everyone’s best albums list of the year, and reached #1 on Billboard’s “US Top R&B/Hip-Hop Albums” chart. The album was supported by singles “With You,” “GTFO,” “The Distance,” and “A No No.” 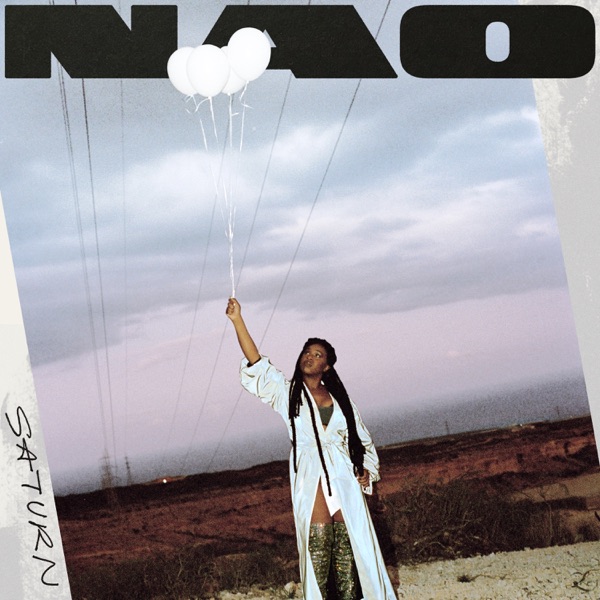 British singer Nao dropped her second studio album “Saturn” this year with singles “Another Lifetime,” “Make It Out Alive,” and “If You Ever.” The album received good reviews and was applauded for being a great alternative from mainstream R&B. 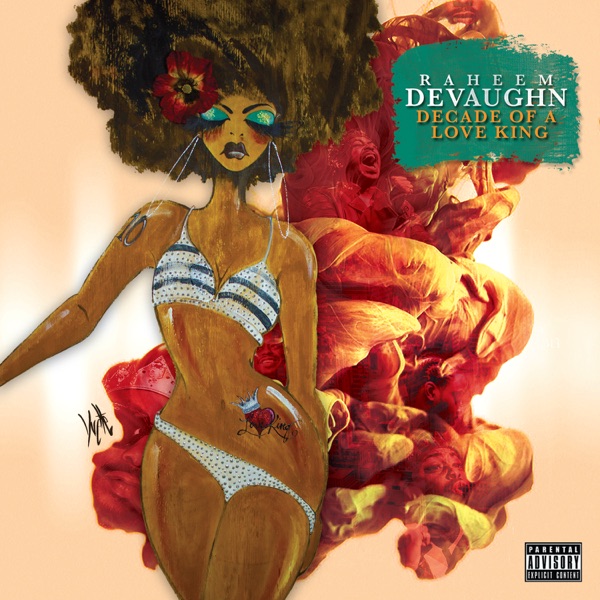 There’s no doubt that Raheem DeVaughn can deliver a good R&B album. In October he released his sixth studio album, “Decade of a Love King,” at 43-years-old. It debuted at #44 on iTunes. 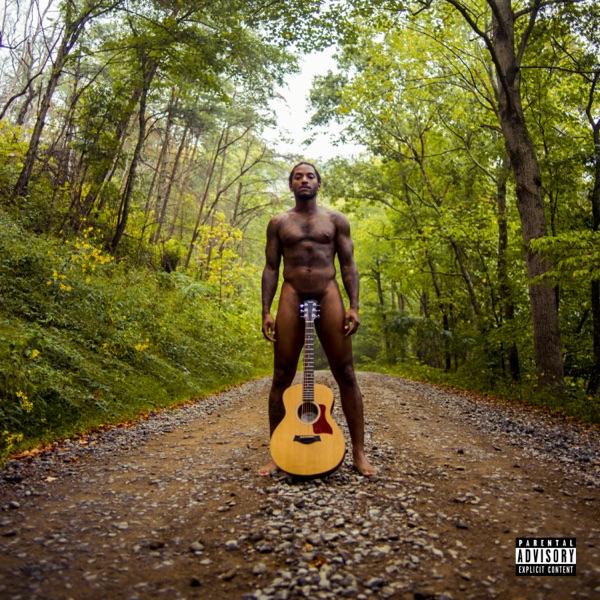 Lloyd’s fifth studio album “Tru,” came out of nowhere; especially since the album’s lead (and only) single was released back in 2016. However, no matter how late he was to the game, the album was able to finagle some good reviews and peak at #27 on Billboard’s “US Independent Albums” chart. 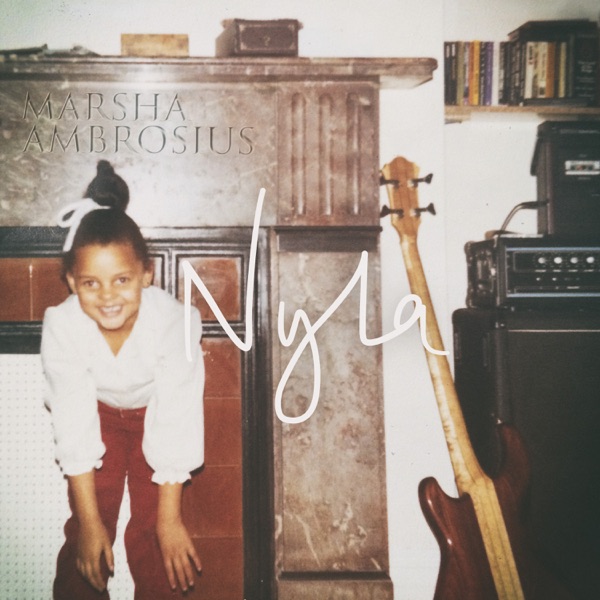 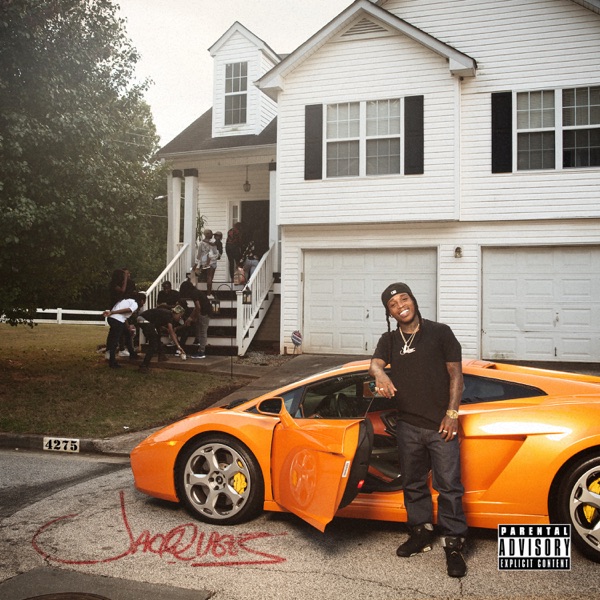 R&B singer and self-proclaimed “King of R&B,” Jacquees released his debut album after almost ten years in music. With 18 songs, “B.E.D.” proved to be the leading single for Jacquees. However, no matter how much he boasts about himself, his album only hit #35 on Billboard’s “US 200” charts. 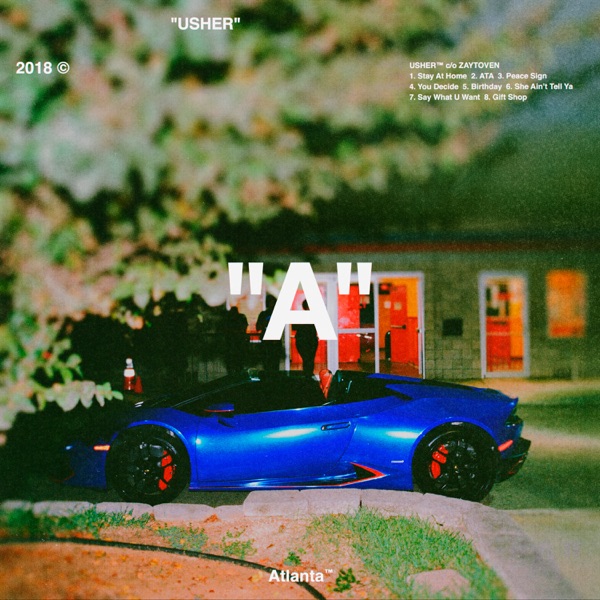 A collaborative album, “A” holds eight songs with single “ATA” leading the charge. A composition of Atlanta-based songs, the album was recorded in Los Angeles. It debuted at #31 on Billboard’s “200” chart. 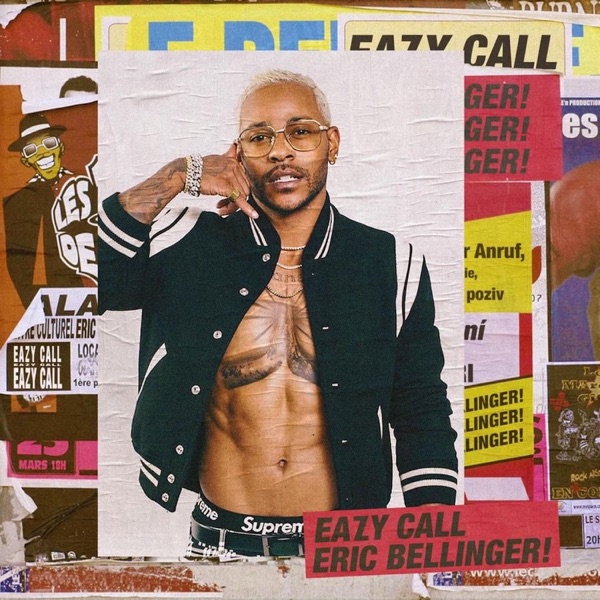 Coming in at #23 on Billboard’s “Top R&B Albums” chart, “Eazy Call.” Known as a talented singer, his albums always make it in the “top 25” on the charts. “Eazy Call” is his fourth studio album. 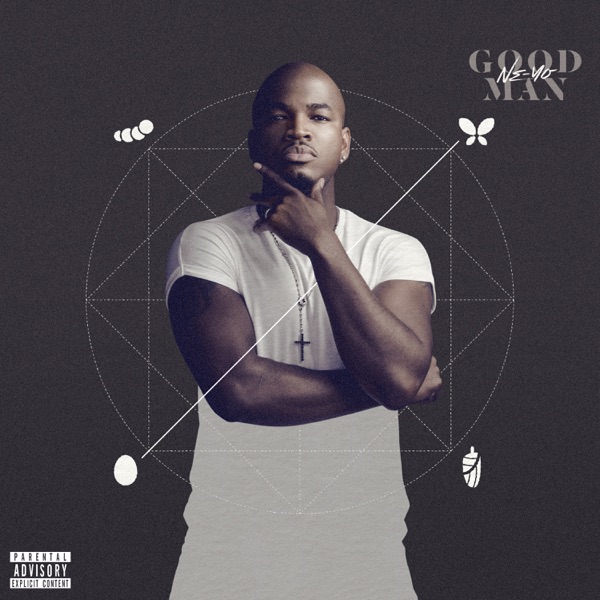 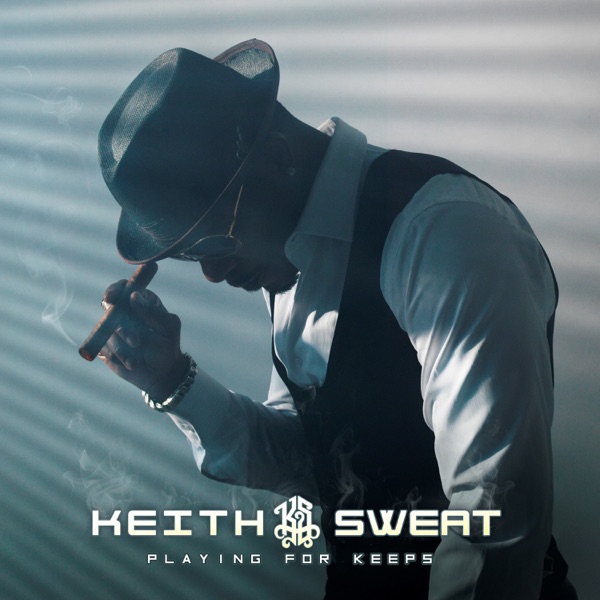 “Playing For Keeps” is the gift that singer Keith Sweat decided to give right before the holidays. Prior to the album’s release, he gave two singles “How Many Ways” (featuring K-Ci) and “Boomerang” (featuring Candace Price), which were both featured on the album. At 57-years-old, “Playing For Keeps” is Sweat’s 13th studio album and marks over 40 years in music for the R&B legend. 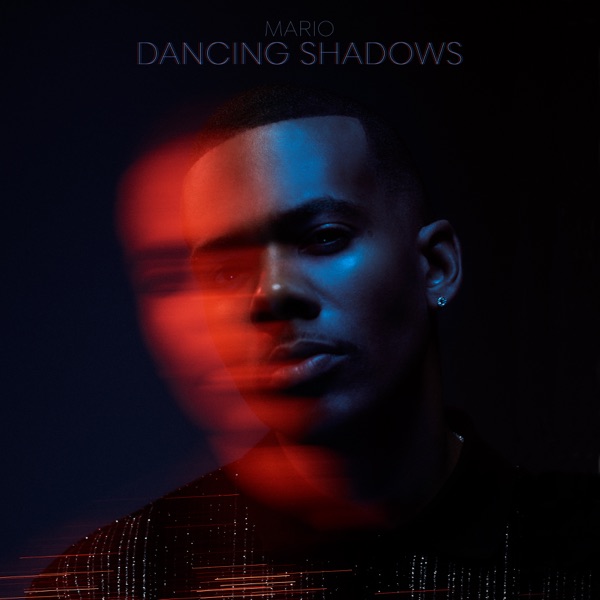 Mario definitely made a comeback with “Dancing Shadows.” The singer’s last album was “D.N.A.” which was released back in 2009. That’s almost a decade to go without producing an album. 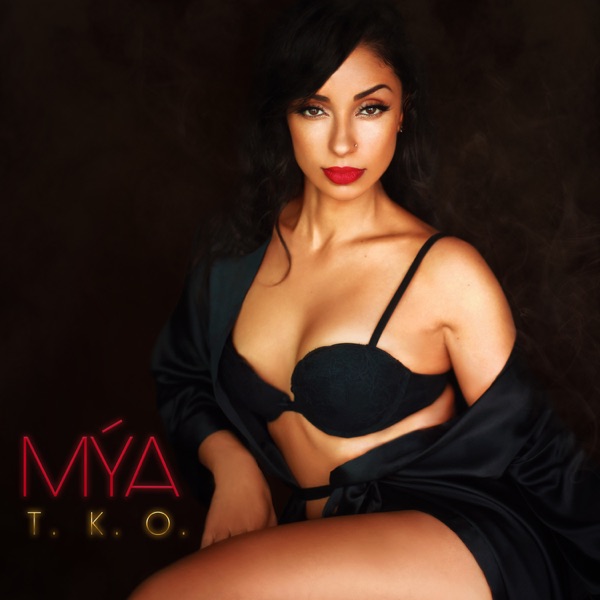 Singer Mya decided to drop her “TKO” album in April. The album consisted of five singles including “Ready for Whatever,” “Ready, Part II,” “You Got Me,” “Damage,” “Knock You Out.” “TKO” received favorable reviews. 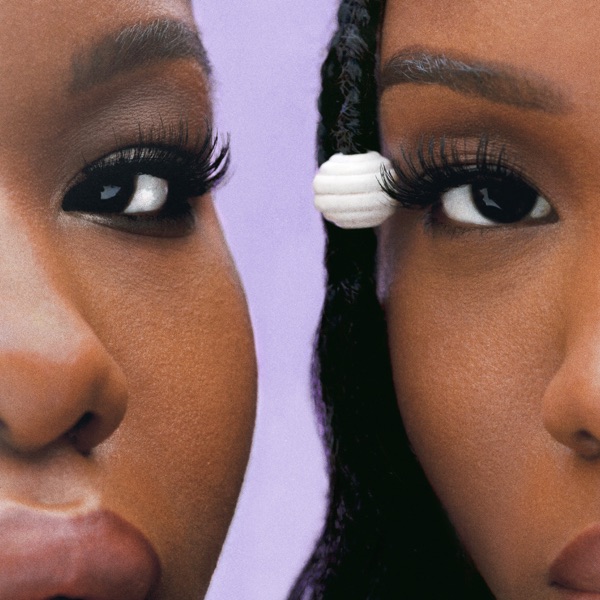 Three years after releasing his debut album, “Turn The Lights On,” Rico Love came back swinging when the 13-track project, “Even Kings Die.” While he’s mostly known for making hits behind-the-scenes, it’s good to see him step out of the shadows every once and a while.

R&B singer Case decided to pop back up with “Therapy.” Though he didn’t opt for a big push, it’s nice to hear that one of our favorites is still pushing out music.

While Jeremih had highs and lows in 2018, one of his highs was teaming up with Ty Dolla $ign for their collaborative project “MihTy.” They released the project in October and were able to land #60 on the “Billboard 200” chart. Everyone loves H.E.R. and they can’t get enough of her latest EP “I Used To Know Her Part 2). However, she’s still receiving praises for songs and albums that she dropped back in 2017; hence her five nominations for the 2019 Grammy Awards.

Jessie Reyez’s second EP, “Being Human In Public,” gave the Canadian singer six singles in 2018. However, most of her recognition comes from her collaboration with rapper Eminem on his tenth studio album, “Kamikaze.”

In 2017, Sammie released his album “Coming to Age,” and then turned around and dropped his EP “Series 31873.0” this year. It peaked at #46 on Billboard’s “Independent Albums” chart. The EP holds five singles.

Last year, Trey Songz dropped his “Tremaine” album. This year he decided to do a double mixtape titled “11.28,” which is the date of his birthday. The mixtape’s lead single “How Dat Sound” (feat. 2Chainz & Yo Gotti) was placed on the soundtrack for thriller film, “Blood Brother.” Overall, ’11’ had a bunch of gems.