LOS ANGELES, Nov. 20, 2020  — Up and coming R&B singer-songwriter Maia Zakay has released her debut album #SpeakUp. The incredibly talented 19-year-old musician, who sources the likes of Drake and Ariana Grande as her musical inspirations, co-produced this album alongside Stephan Oberhoff, who works closely with legends such as Quincy Jones, David Foster, Barbra Streisand, and many more industry titans. 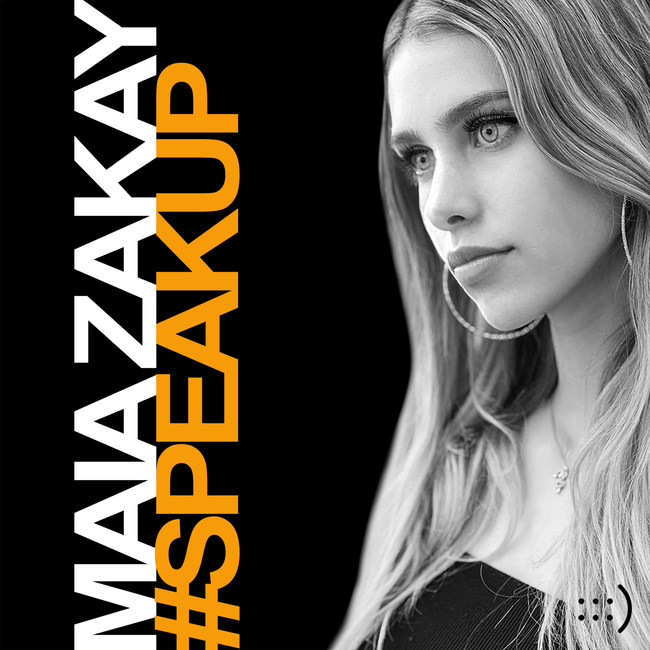 This 15-track project showcases Maia’s beautiful singing voice as well as her songwriting skills. Do not be fooled by her age; Maia’s music possesses soul and passion well past her years. She pulls from her personal experience to bring honest and relatable lyrics to her music. What started as a form of therapy has become Maia’s way of helping others. Other people’s reaction to her music has indeed manifested into the driving force of Maia to pursue a career in music and take it more seriously than just a hobby. The current single “2 Nice,” which tells the story of someone who’s kindness is taken for granted and is tired of this mistreatment, is now buzzing on the airwaves and heavily streaming online.

For more information, visit MaiaZakay.com or listen to #SpeakUp on Spotify.

Born in London, but raised in Los Angeles, Maia Zakay is the future of R&B music. At only 19 years old, she has developed a sultry, passionate singing style like Ariana Grande. Maia started singing for fun at the tender age of three years old and has never stopped. Although she had some vocal training, her singing and production skills are self-taught, and she obsessed with everything that is music.

Maia wrote her first song at 16 years old in response to a dark time in her life. Now, Maia finds solace in the art of songwriting. What started as a personal form of therapy became Maia’s way of helping others. Her music deeply resonates with people, which has become the driving force of Maia’s music career.

During Summer 2020, Maia wrote, co-produced, and released her album, #SpeakUp. The album was co-produced by Stephan Oberhoff, who works closely with legends such as Quincy Jones, David Foster, Barbra Streisand, and more!